The smartphone contains a program that generates sounds from the gesture of the interpreter. This program consists of different sound states, interconnected to form a global algorithm. 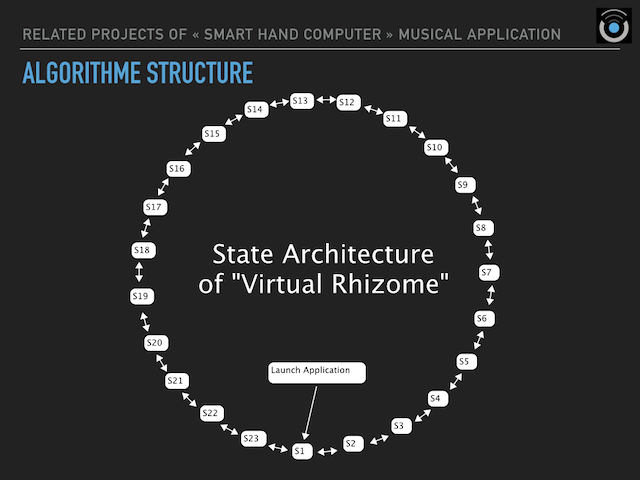 The interpreter can change state from a predefined particular gesture. 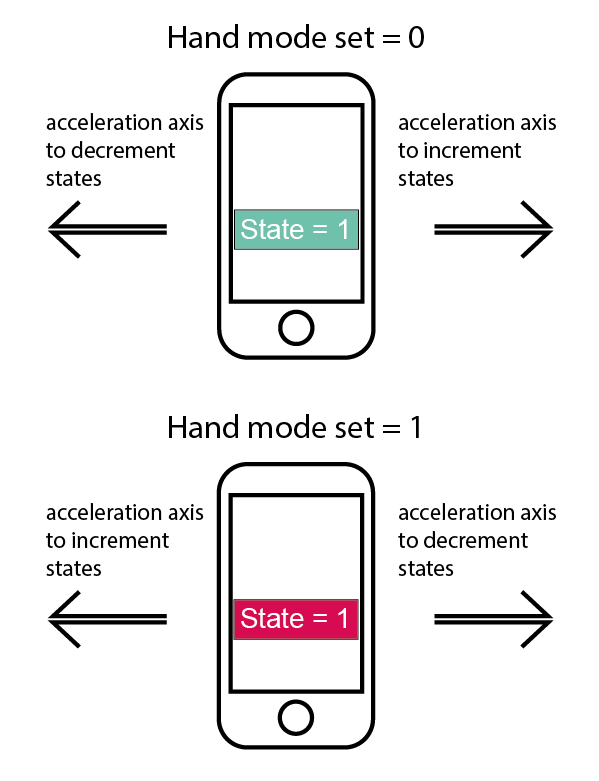 Algorithmic structures and sound content are infinitely available. The smartphone must be able to withstand the computing power required for one state at a time. It must also integrate 9 sensor axes: 3 accelerometers, 3 gyroscopes, 3 magnetometers.

The amplification of the smartphone in concert must be done via a standard or wired UHF system, in order to transmit the integrity of the audio bandwidth to the broadcast system, without any discernible latency. 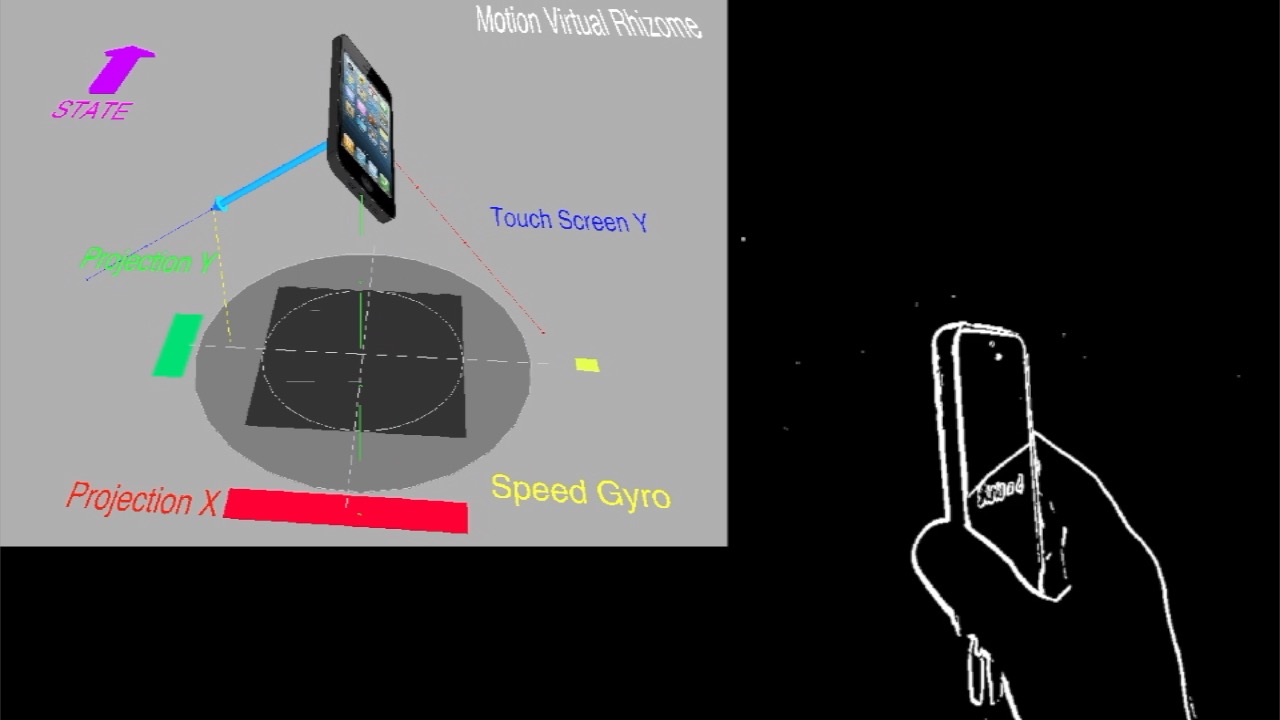 Combination of a tactile and gestural interface :

-Tactile -> the smartphone screen is made up of 2 zones:

An SHC shell is recommended to limit access to the interface during the game and secure the connection of the mini-jack. A 3D printing model is available below in the “Download” section. It was designed for iPhone type 5s or SE with a 4-point mini-jack connector from HICON.

-Gestural -> the 9 axes of the sensors built into the smartphone allow to discriminate the following gestures: 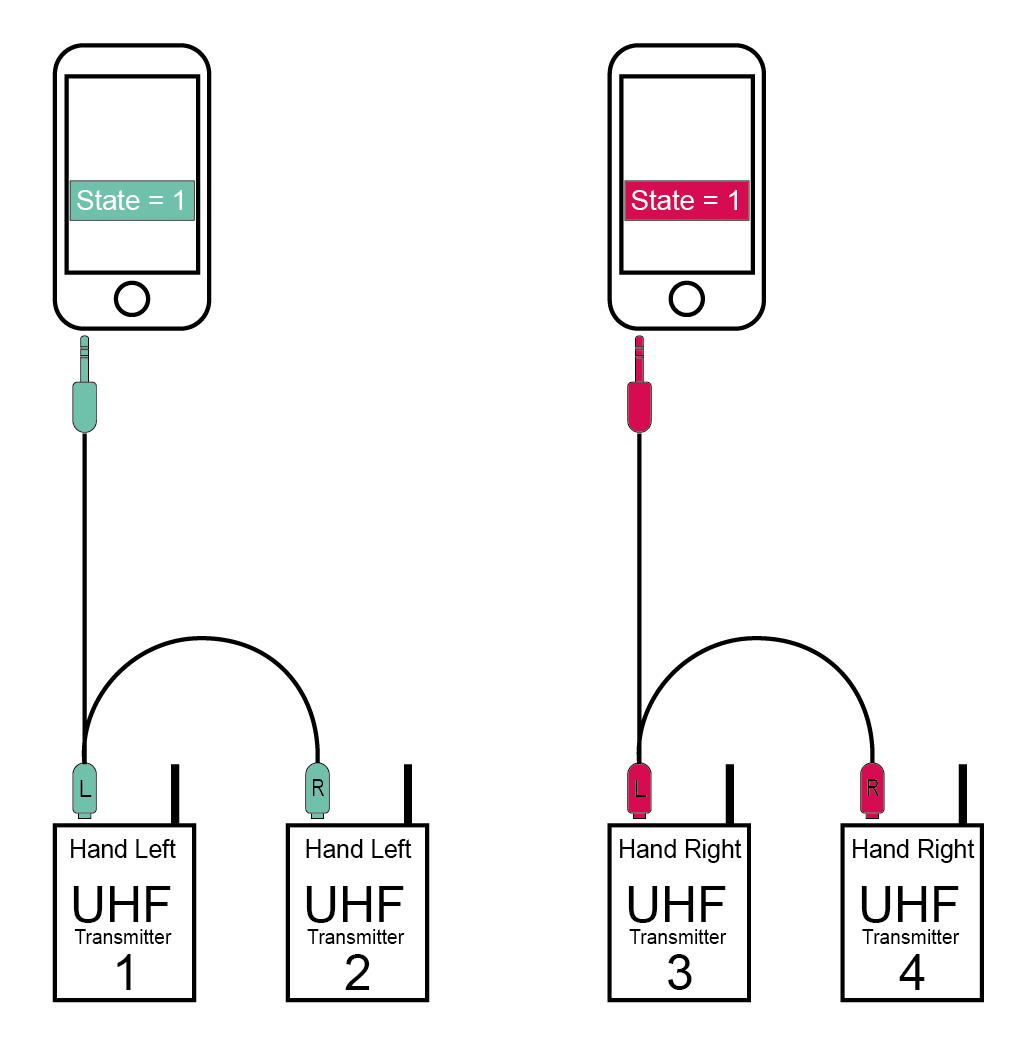 LiSiLoG uses the FAUST language in a specific Xcode project and adapts it according to the projects in order to assemble all the necessary components. 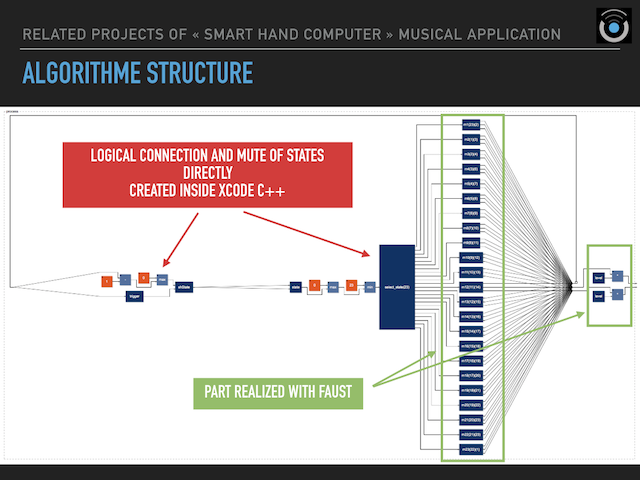 This technology is used in order to create a stable instrument for the performer. Currently these applications are only developed for iOS because of the unmatched performance of this operating system for real-time embedded applications.

Communication between the sensors and audio processing is optimal due to their integration into the same unit (no wireless transmission with risks of loss of information and latencies).

This last point is very important for a musician who must be able to develop his playing with a reactive and stable instrument.

For example to play “Virtual Rhizome” by Vincent Carinola two SE iPhones or 5s are sufficient and easy to find used.

Why is the application paid for ?
The “VRhizome” application is paid to partially support the blows of its publication on the Apple Store which takes a very large percentage of commission, and requires paying each year a developer license.

In principle, this application is a material linked to the musical work, and as any publisher practices this material at once.

Here, it is not a question of a rental but of an acquisition, and the advantage of going through the AppleStore means that the application is directly downloadable and usable, without going through a request from its publisher. 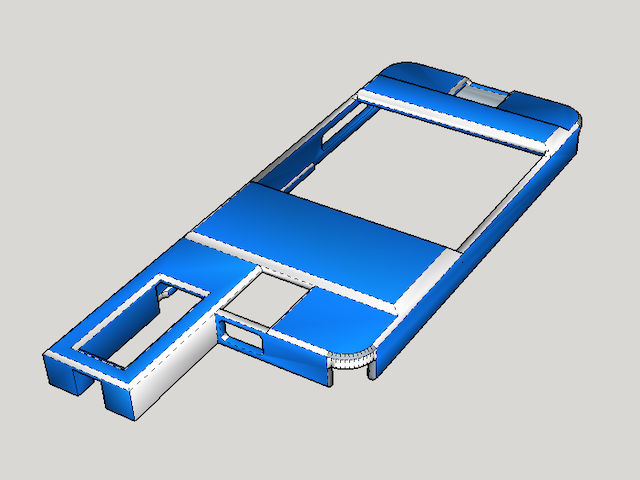 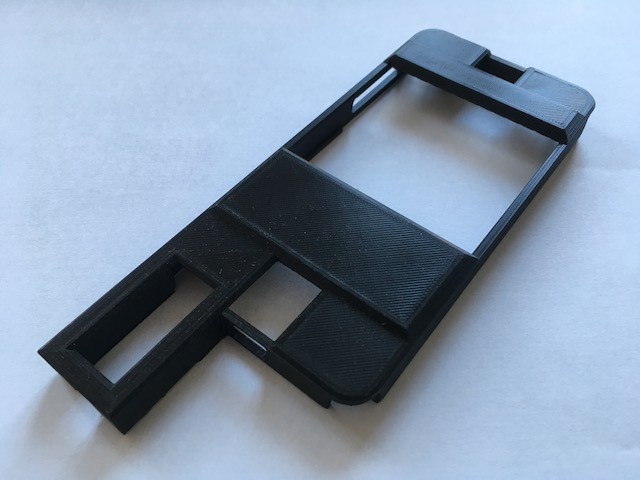 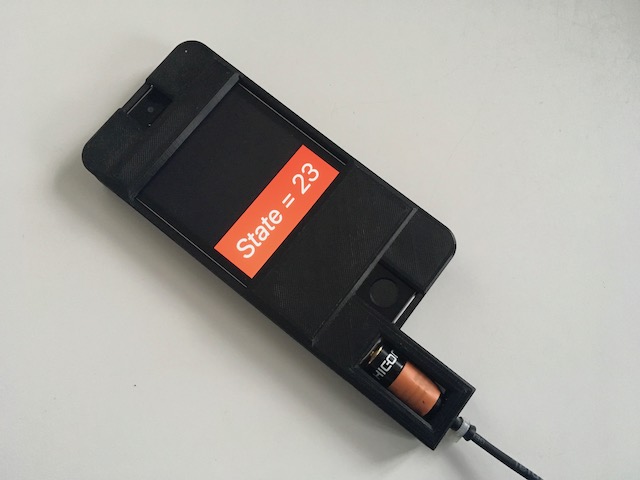 Piece by Vincent Raphaël Carinola for a musician and two SHC

First achievement based on the “Smart Hand Computer” concept. (State commission made to Vincent Raphaël CARINOLA, creation of the piece during the 2018 Music Biennial in Lyon with the GRAME, performed by Jean GEOFFROY). Development: Christophe LEBRETON

Virtual Rhizome is for a performer holding in each hand a SHC containing the same “VRhizome” application. (available on AppleStore – compatible iOS version 10 or higher with iPhone 5s or newer models)

the content of each state is described in the spreadsheet supplied with the score.

As a general rule, we find most of the time:

Virtual Rhizome is akin to an open work, i.e. a work whose score would be closer to a navigation map than to the fixed time unfolding specific to the traditional musical scope.

The interpreter goes through all situations and explores the possibilities of combinations offered by the use of the two smartphones. While the choice of sound material, types of processing and their succession respond to a clear concern for writing, an important part of the result depends on the acuity of the performer and his ability to reveal a world that he must explore.

The graphic score describes a driving pattern, among other possible ones, going through the 23 situations, indicating their succession for each smartphone. It comes from the interpretation of Jean GEOFFROY, dedicatee and creator of the work. These are suggestions for situational arrangements, from which the interpreter can depart depending on the choices of expression derived from the personal exploration of the architecture of the work.

Several other readings remain open to exploration and it is these readings that constitute an essential part of Virtual Rhizome‘s interpretation. It is thus quite possible to play several cycles (a cycle is a course of 1 to 23) by favouring, in each cycle, the exploration of certain situations (such as a round form). Or, to go through the situations start with the 23 and finish at the 1. Or combine a reading from 1 to 23 with one hand and a 23-1 reading with the other, exploring situations far apart, in a path that produces a symmetrical shape (like a “crayfish” cannon).

Note: In the score, the vocabulary used to describe the movements to be performed depend on an initialization position

On stage, it’s about living a moment and not playing it, that’s the difference between a performer, even a virtuoso, and a musician. It is the difference between thinking of the stage as a space of representation, or the stage as a space for encounters. Meetings between musicians or artists of all disciplines, but also encounters with the (the) public.

As an interpreter it is always possible to “hide” behind our know-how, our virtuosity… Here, whether with the LWS or the use of SHC, know-how and virtuosity are transformed into listening, presence, conviction, incarnation, precisely because there is no technique, tradition, school, or method. These are to be invented, to be re-invented constantly, as every time we play or replay a work. Rethinking our relationship to the body, to movement, to carry and to be carried by the sound we produce, to surprise ourselves with this renewed listening.

Created on April 11, 2019 at the Atheneum (Dijon) by ESM-BFC students in collaboration with Vincent Raphael CARINOLA, Jean GEOFFROY and Christophe LEBRETON

Embedded Studies are a set of pieces from the composition process developed for Virtual Rhizome (2018).

At the Smartgestes concert on April 11, 2019 at the Atheneum (Dijon) by ESM-BFC students, three different applications on three SHCs (smartphones) were used, for a version of Embedded Studies as a smartphone duo and a sHC duo version and electric bass.

Any audience interested in new violins and musical approaches through gesture

The aim of these pieces is to explore all the questions opened by digital violins, questions that concern both composition and interpretation.

The process at work for Embedded Studies is as follows:

Facilities created by the TRL and bringing together more than 50 students from different university dpt:

Residence and concert with the Taipei-Research-Lab collective

The TRL is a variable geometry ensemble of more than 50 composers, dancers, performers designers, designers etc. Following the February residency with Christophe Lebreton around the writing for SHC and the Faust programming language, the first production of interactive installations with the collaboration of Shih-San Wu (percussion teacher) Mei- Fang Lin (professor of Mr. Wang (director of the new media dpt).

On the program: Collective improvisation with the public around an application SHC “Tesknockout“,

Started in December 2018 with a first day of meetings, supervised by Jean Geoffroy, the students of the ESM in Dijon offer pieces with the LWS and the SHC (Embedded studies by Vincent Carinola)

Concert at the Why Note festival in Dijon at the Atheneum

This residency ended with a day of study around the new approaches to the stage, the place of the performer in the face of the new opportunities offered by the new violins.