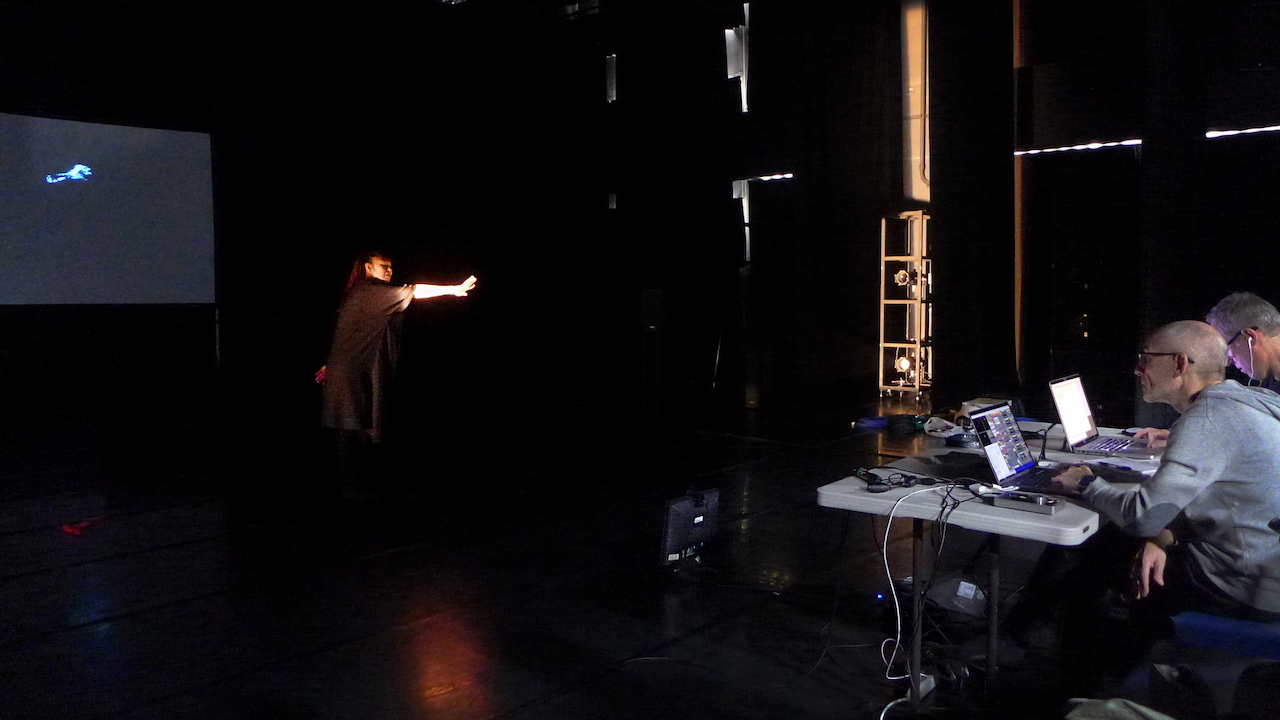 the body as instrument

Since 2004, the date of the creation of Thierry de Mey,‘s Light Music piece, based on the movement of the performer in a wall of light, produced by Grame (National Center for Musical Research of Lyon), Charlerois Danse (Brussels) and the GMEM (Marseille), Christophe Lebreton interface designer and Jean Geoffroy creator of the piece, have continued to develop the interface.

In 2010 a film directed by Thierry de Mey ends these years of research, proposing a final version of Light Music.

It is from these years of work and research that was born the Light Wall System, produced by Christophe Lebreton and Jean Geoffroy in collaboration with Grame.

New interface allowing a scenographic composition, crossing different artistic expressions with the movement: visual arts, sound design, music, dance … multidisciplinary creation platform based on the potentialities of the gesture, which makes it a tool of creation and an educational tool scalable.

With the Light Wall System, it is possible to create new scenic situations in which the performer, musician, choreographer, dancer, actor, artist designer or circus artist finds himself in the middle of different and evolutionary spaces, thus creating the stage as an instrument, allowing him to develop a new relationship to sound and space. The main idea is to create new situations seeking to define new artistic concepts, and a new relationship to the stage.

A flexible interface that evolves throughout the creation process, it allows among other things to integrate its own sounds, to record live, to work on recorded sounds, work on the acoustic / electronic balance, proposing an experimental and exploratory dimension that makes this tool a unique sound and scenic research tool.

This interface aims to put back at the center of our approach, not a dynamic of pedagogical creation but a pedagogy of creation, so as to ensure that young children and students, through this tool can find themselves without pre-required knowledges, with only their ears and the innate relationship between the movement of the body and the sound, and by extension, their relationship to space and stage, a sensitive border between gestures producing sound and choreographic gestures. It will be about manipulating the sound in time and space.

It is also a question of providing a tool adapted to the teachers and pedagogues (of the general or specialized education) which will be able to create, with or without the accompaniment of external actors, situations based on the different approaches of the gesture and the sound incarnated on stage.

The use of the Light Wall System device must be, at first, intuitive, innate and linked to the pleasure of discovery … It’s all about playing, in the true sense of the word, by the gestures of the arms, hands, body, in connection with our perception of light and sound that induce these movements.

Far from distracting students from conventional instruments, the Light Wall System, allows them to find them differently, from sound and a renewed listening.

Since 2017 in the educational framework, many workshops and residences have been organized around the Light Wall System, in France (Strasbourg – Toulouse – Nice – Lyon – Paris – Ghends – Freiburg – Chambéry ….) but also abroad (Shanghai – Taipei – Buenos Aires…) allowing a work of appropriation, of interpretation, then of writing for the gesture and its transmission, residences proposed to the students musicians, dancers, actors, composers, choreographers, stage directors, visual artists, designers.

At the same time creative shows are planned for 2020, especially with the company Leonore Leal (Seville), but also the young ballet (Lyon) or Créama (Seoul)

“… relearn simple actions, relearn their strength, but also and especially their fragility. Gestures of the hands, of the body, in a line, a curve, everything is said. “

An illuminated space with narrow beams of light made by cut-out projectors, allows to define an air of play whose variations of light are captured by a camera and then analyzed to manage interactions with various sound and visual treatments.

The “Light Wall System” technology is a camera-by-camera recording and analysis of motion. A simple webcam and appropriate lighting allows you to play with light to interact with various devices, sound and/or visual.

LiSiLoG develops the necessary software and adapts it to each project. An educational version is shared at the Workshops and can be specifically trained. 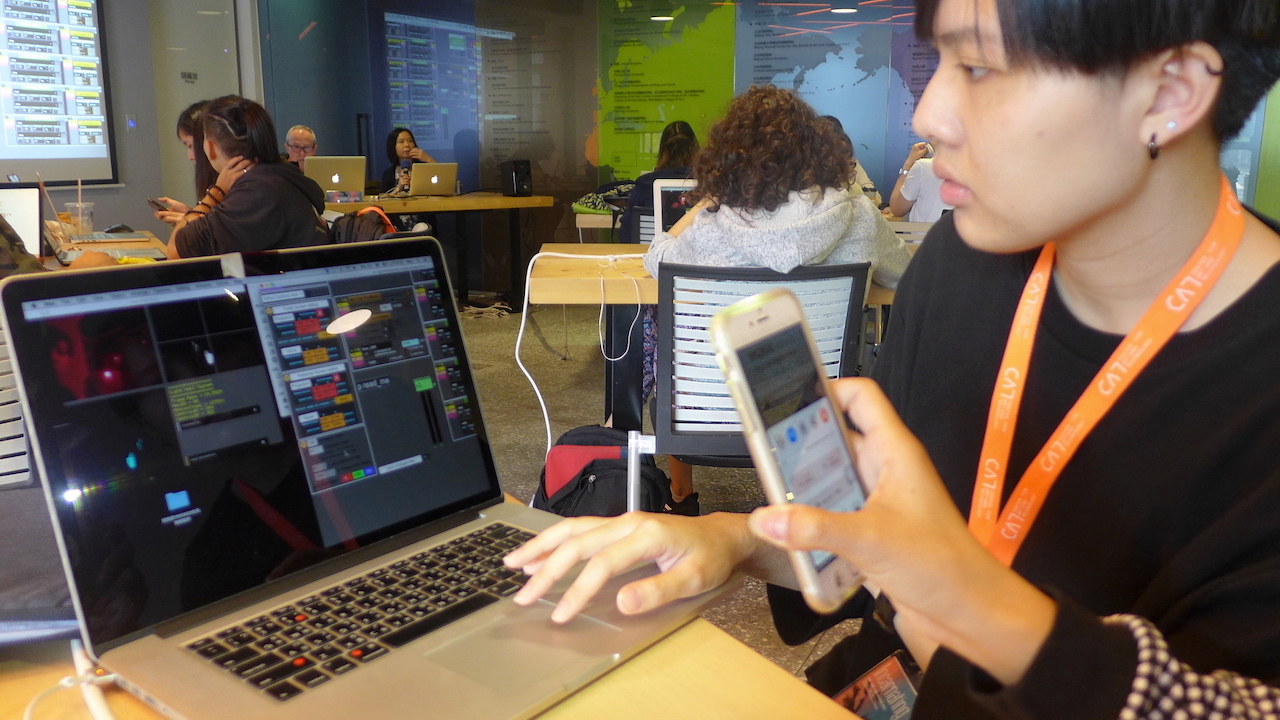 The musician must be here and now. This is probably the point at which we need to rethink our approach as a teacher. Go to the sound, and from improvisations tame it through the innate movements of the body. Re-learn to listen to both the sound emitted but also the space and time in which it is played. Space of the stage that itself becomes an instrument, the moment of the concert that pushes us to surpass ourselves.

Transmission through listening is, at first, at the heart of our approach, and then comes the time of transmission through writing; be able to “gommer”, to take the same idea to develop it, to take it further and us with, to ultimately make sure that others can appropriate it in turn.

Endless loop that that of transmission where we find ourselves in turn taught and teacher. 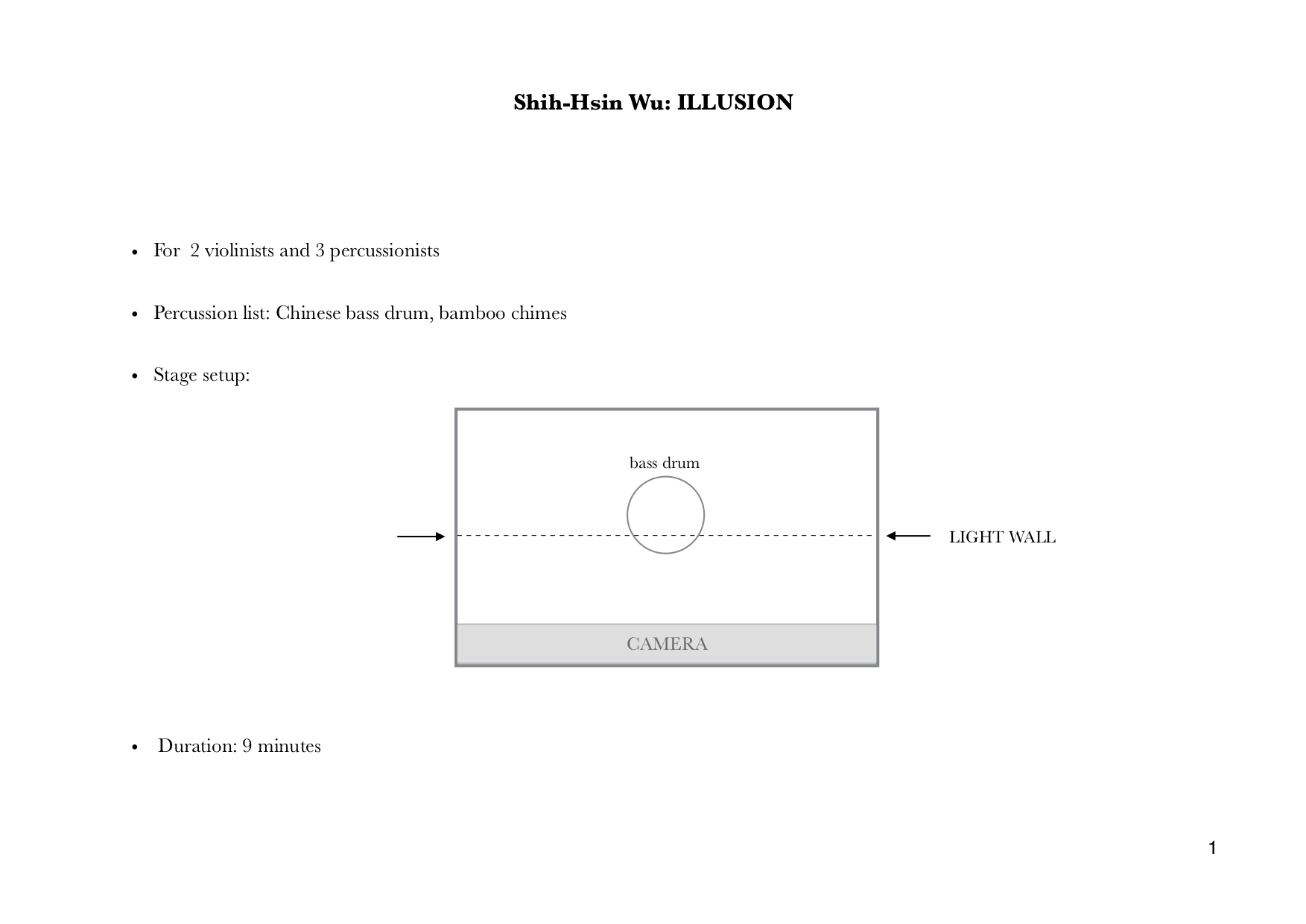 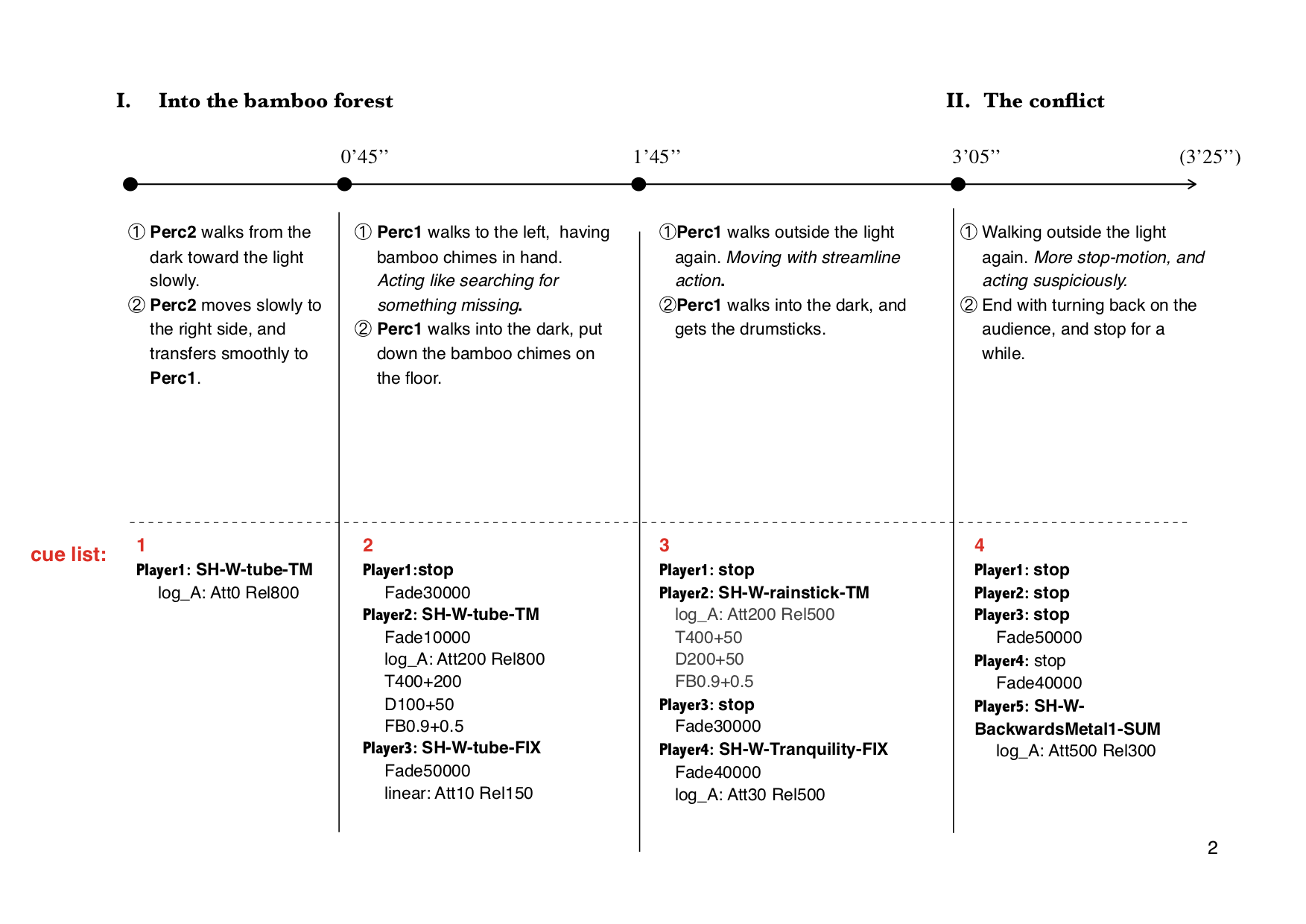 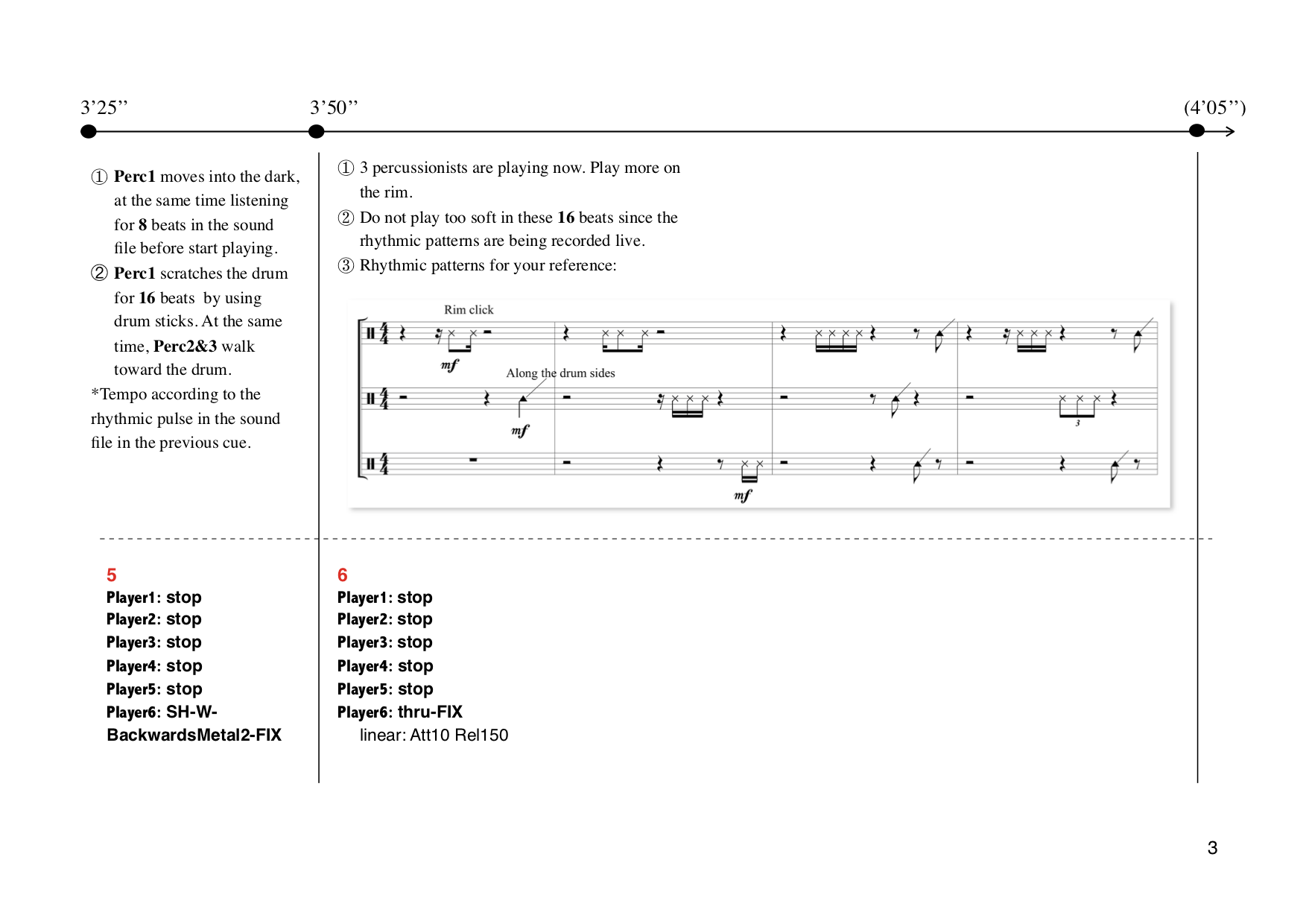 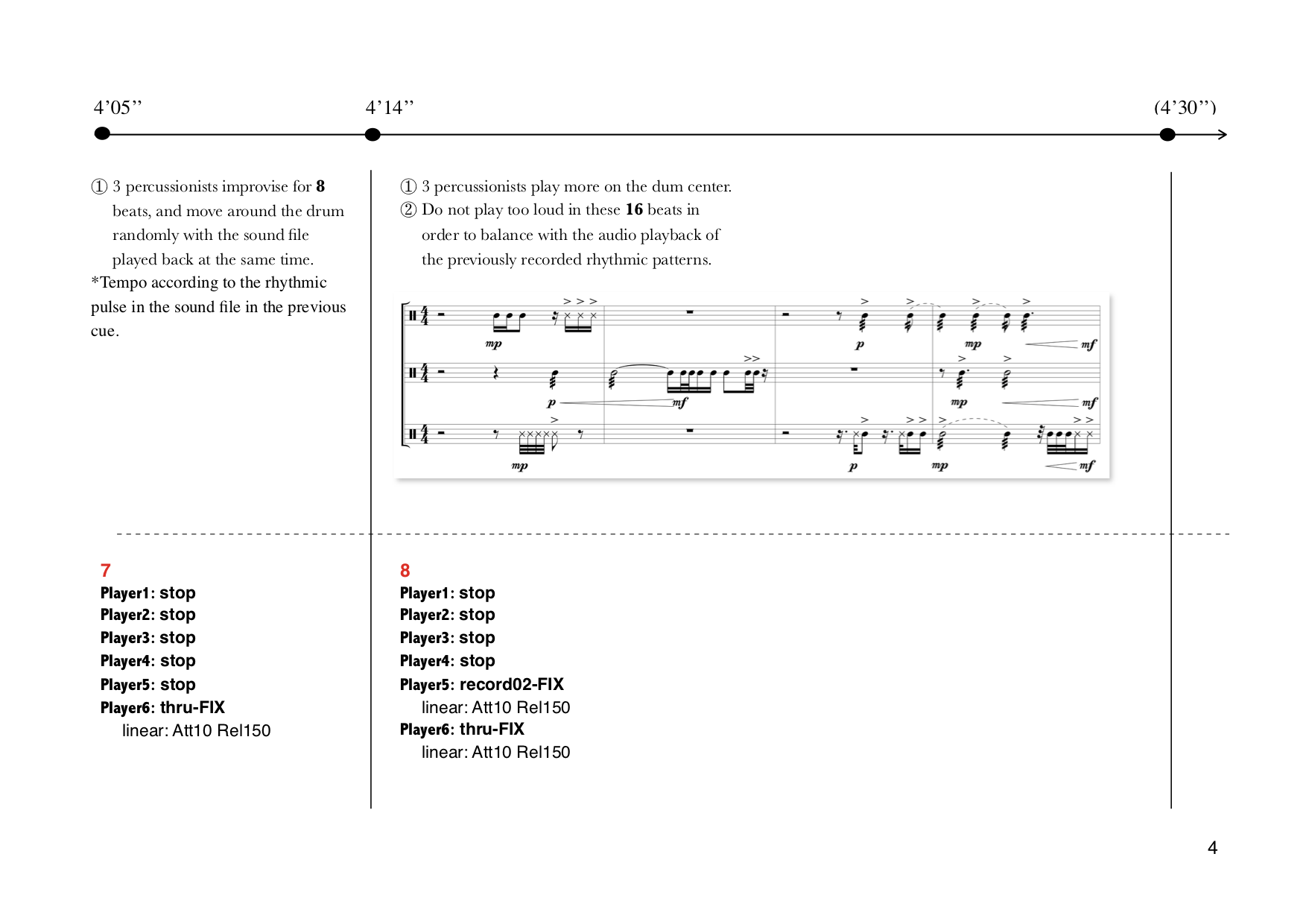 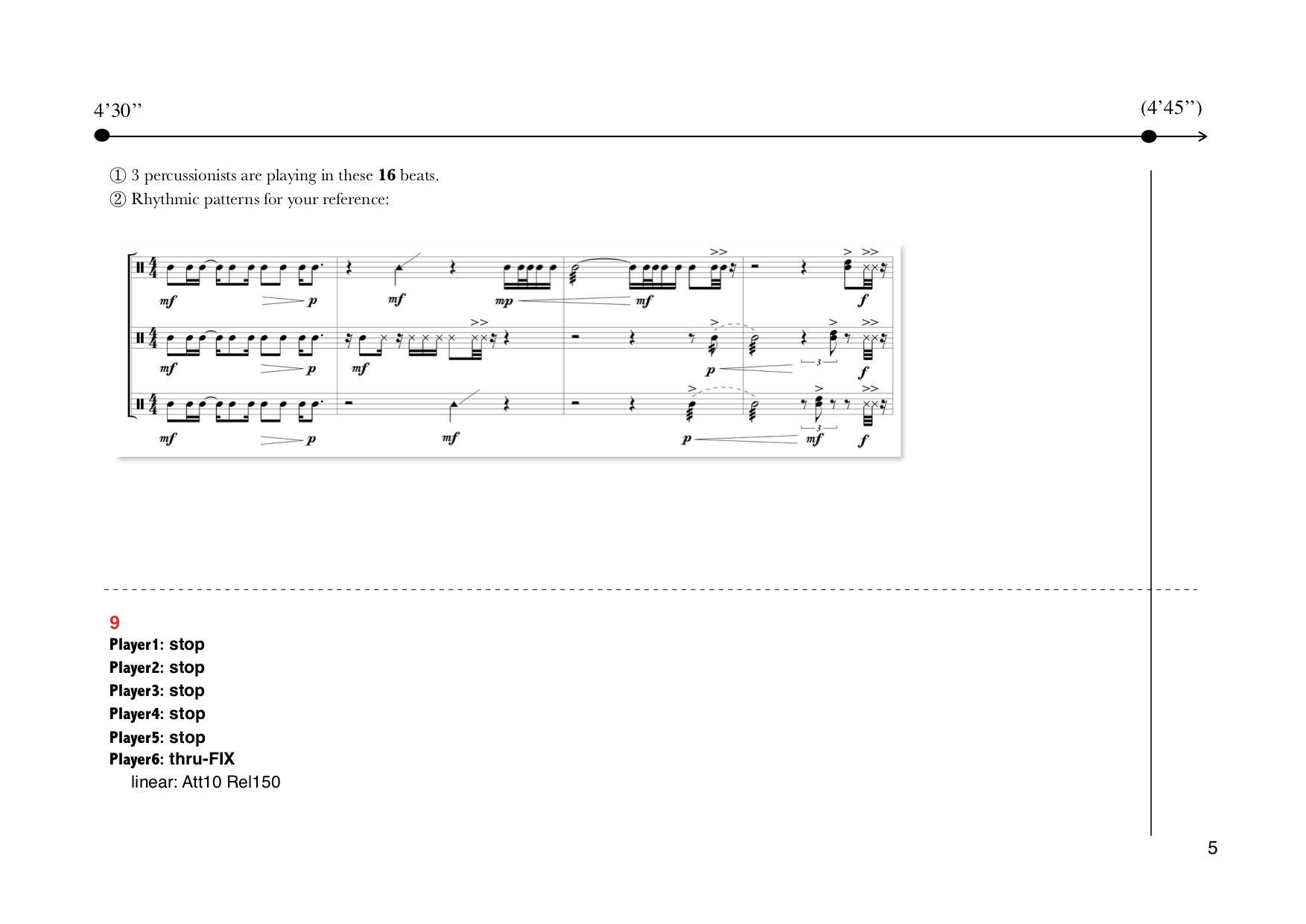 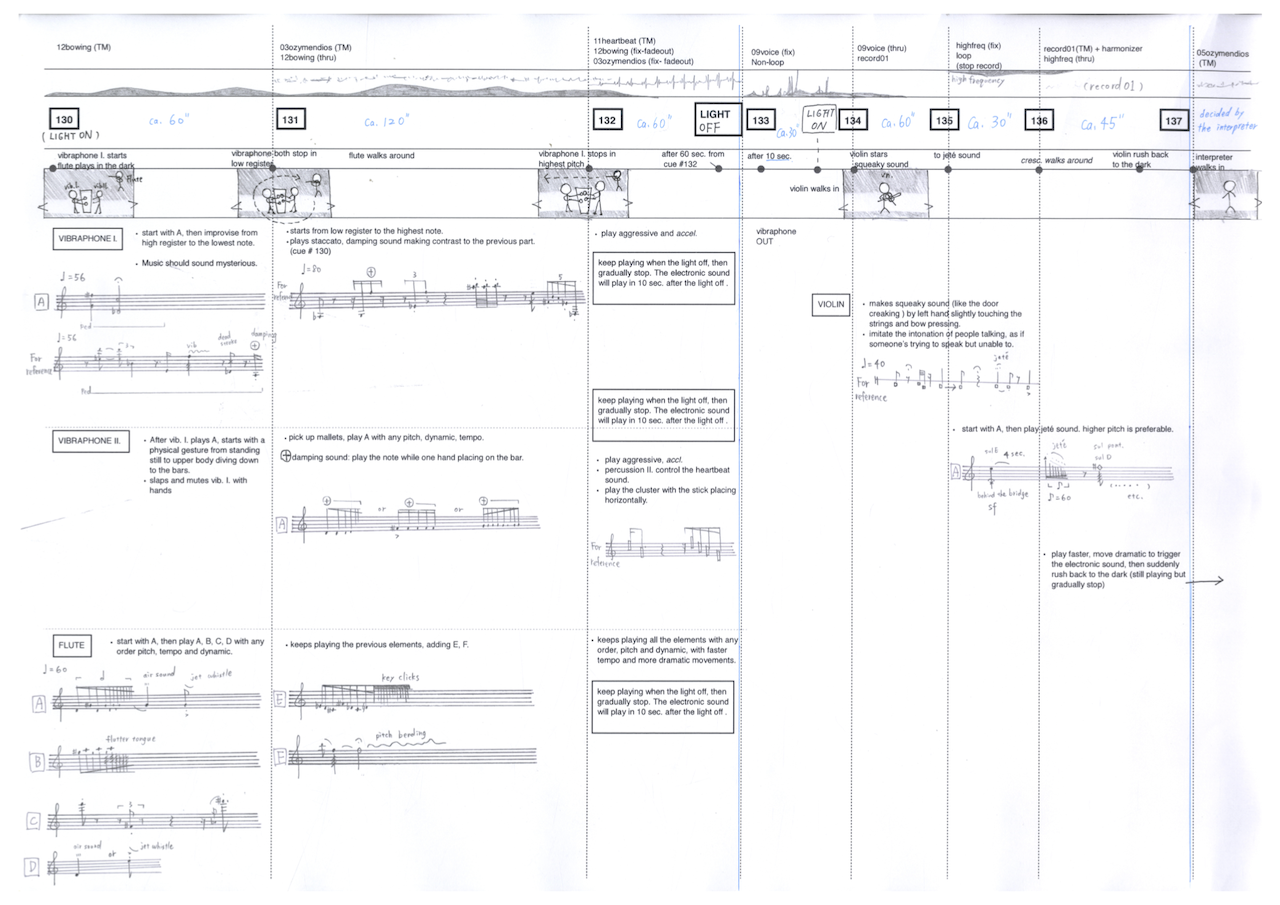 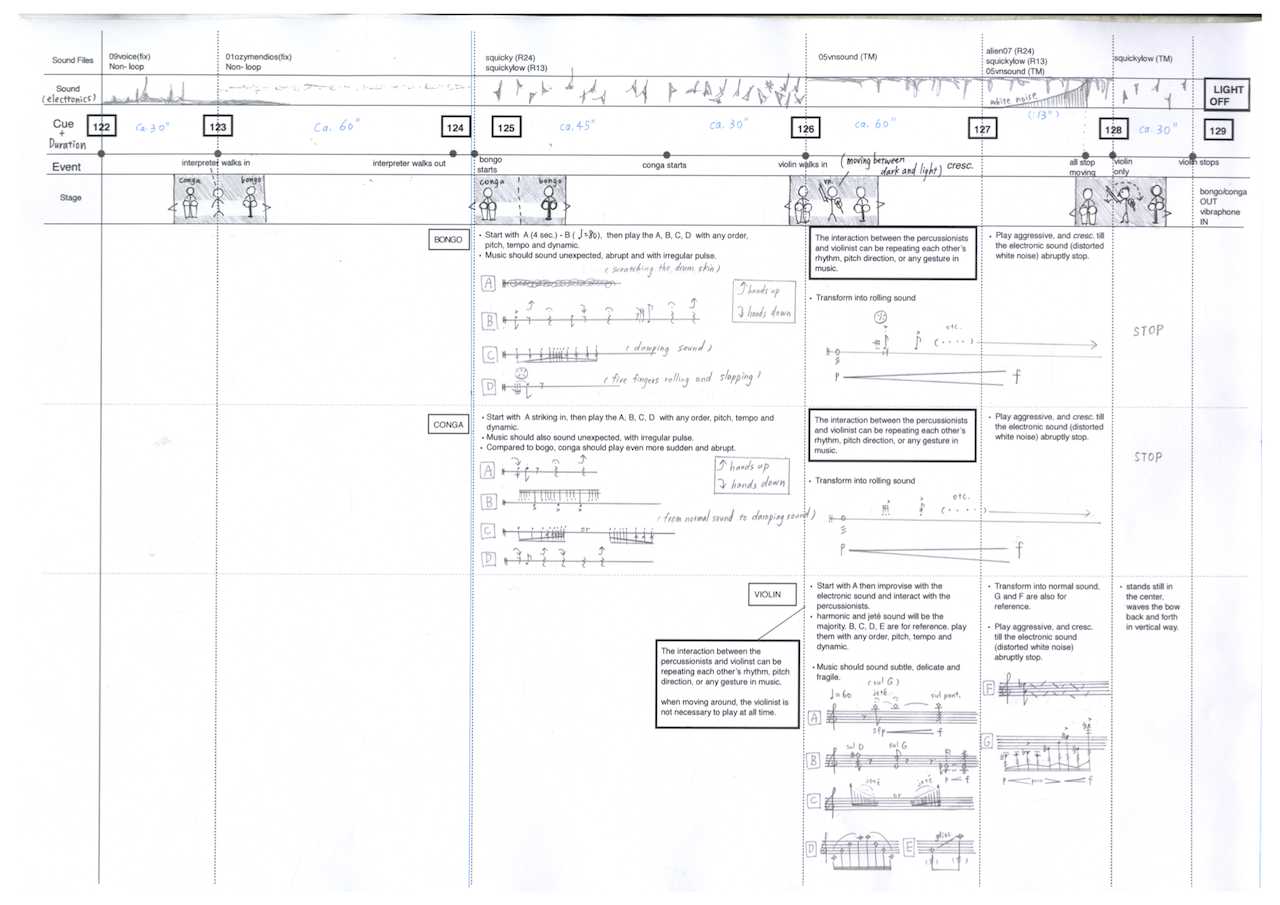 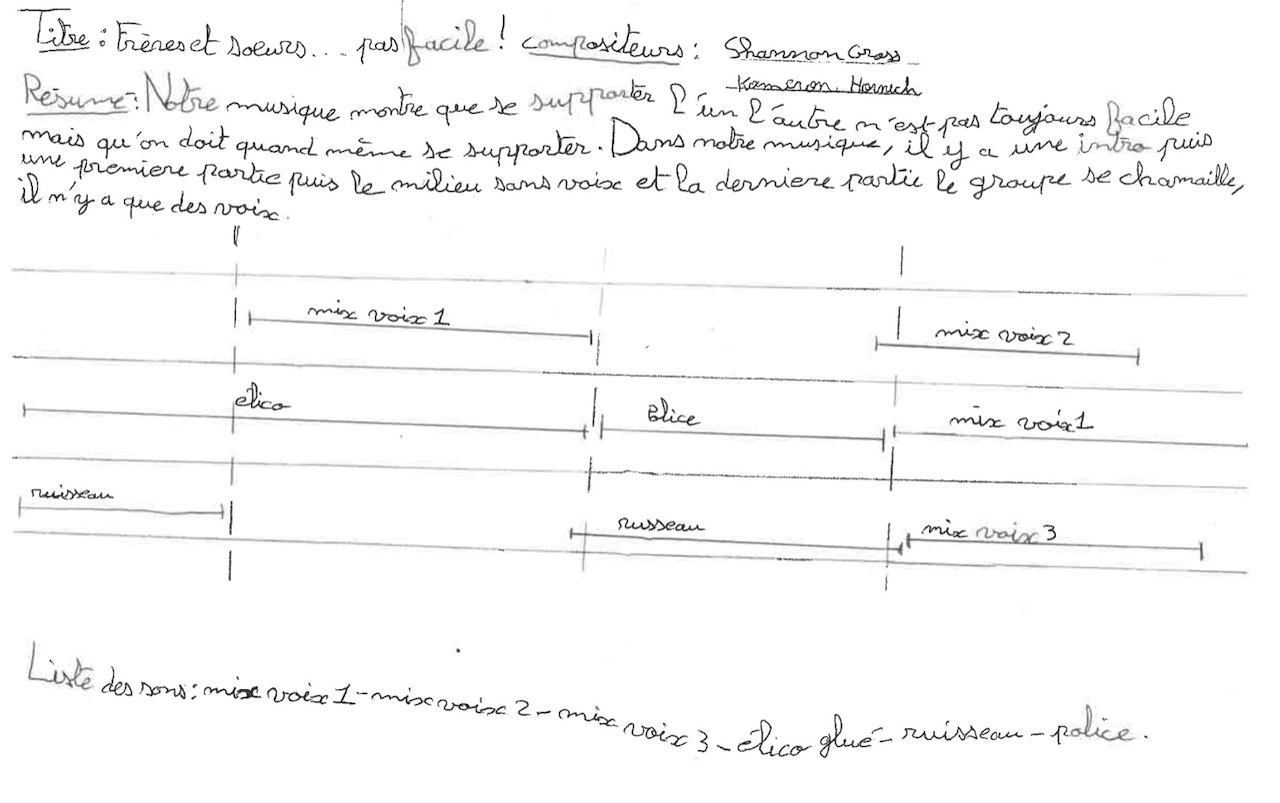 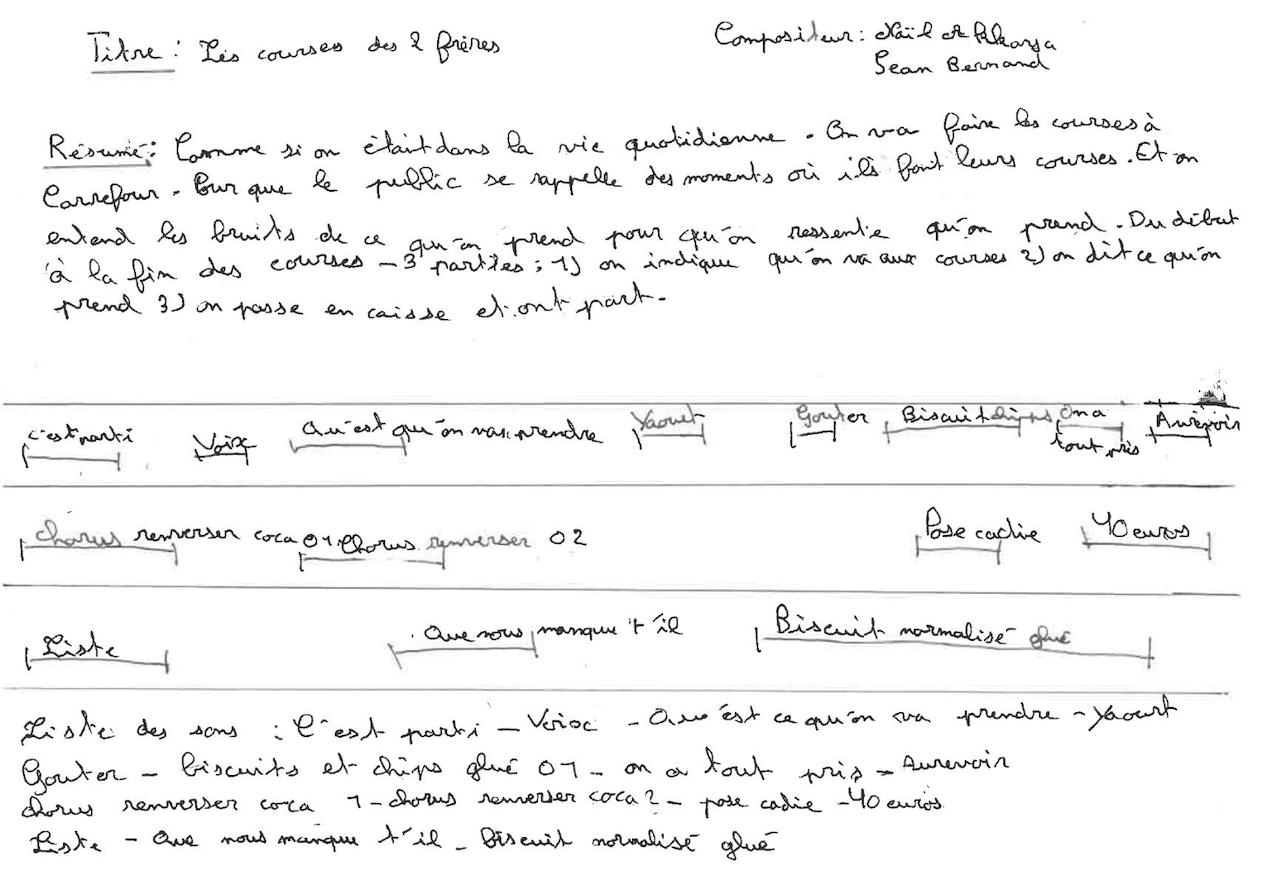 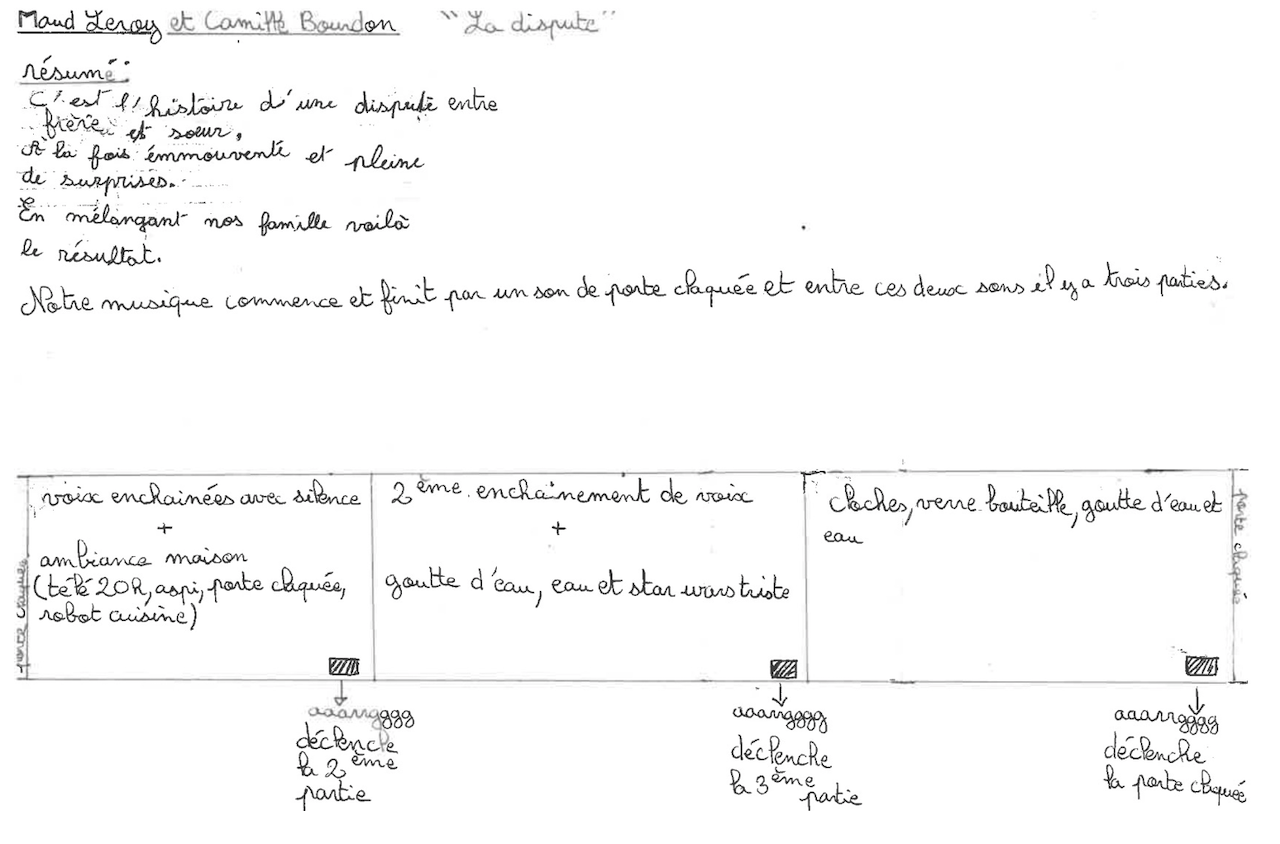 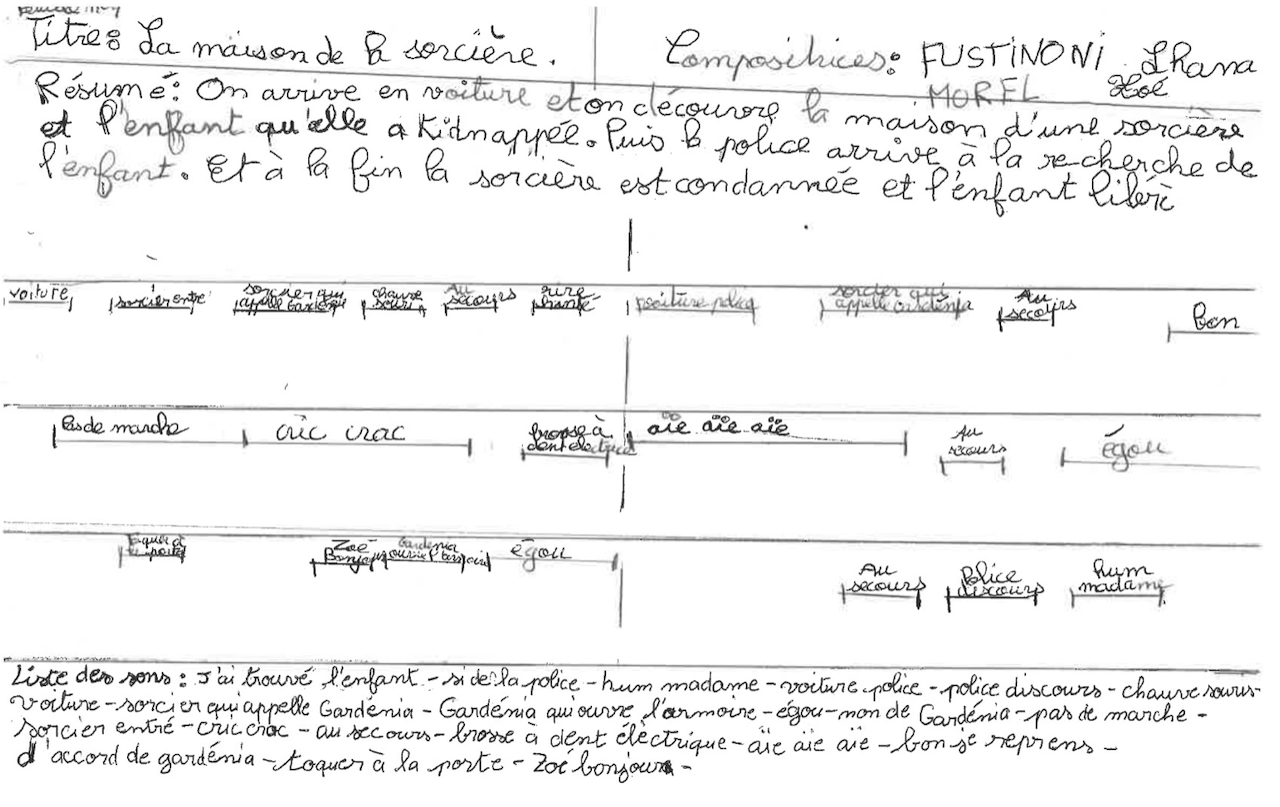 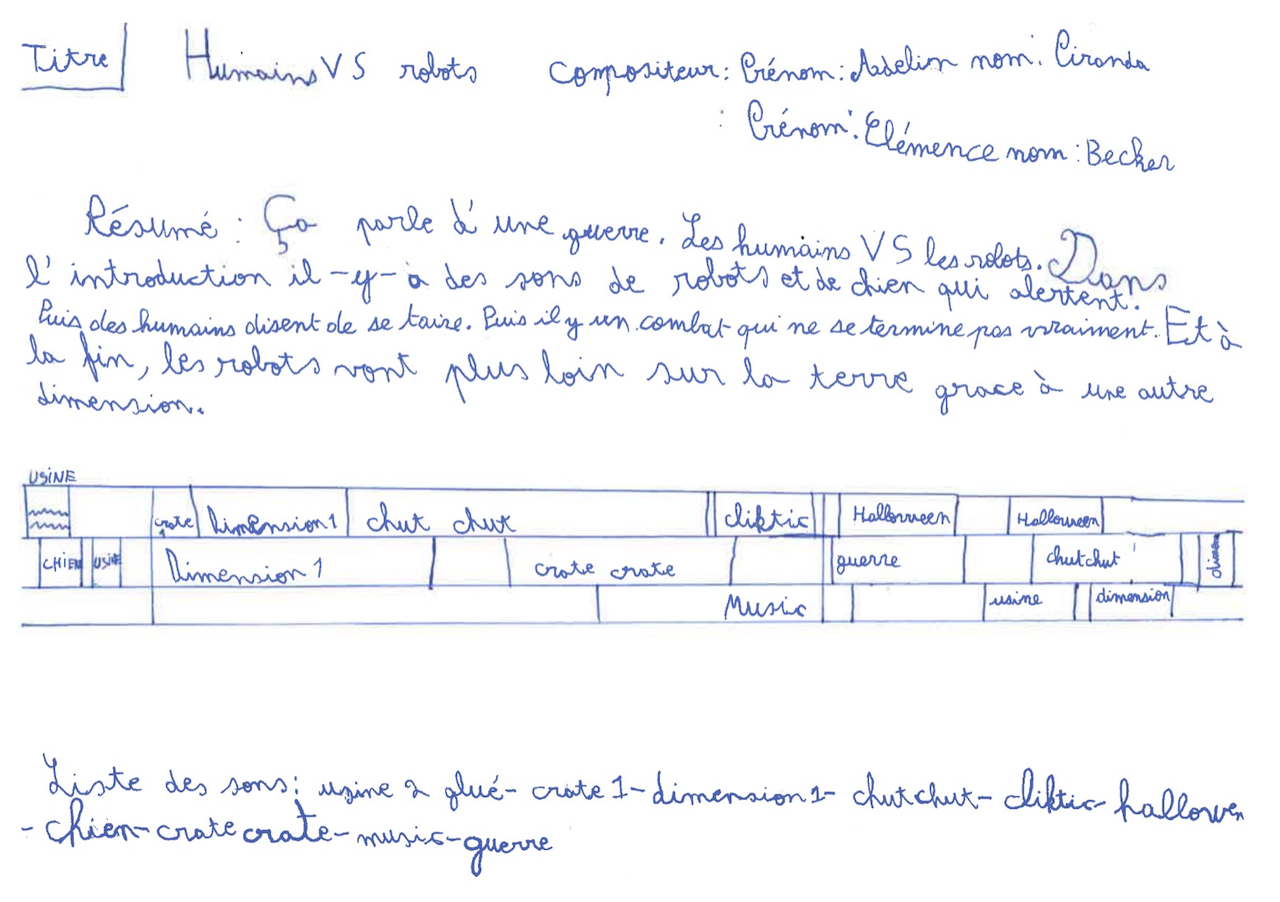 Any audience interested in the stage and its appropriation:

– Rethink the place of the performer, and his relationship to gesture, sound, movement, space, dynamics, silence and stillness

– Appropriate the stage as a new playing space, playing light as one plays an instrument, incarnation of sound through gesture

– Re-work on notions of musical forms, from the initial sound material by transforming it

– Recover a form of musical and sound intuition, instinctive, innate

– Write and be able to transmit the pieces created during the workshop.

– Appropriation and use of LWS

– Writing and setting up a restitution (depending on the framework)

Speakers : Jean Geoffroy and/or Christophe Lebreton according to the selected project.

As part of the Noisiel Festival

Presentation and appropriation of LWS

Three days of residency with students from the higher curriculum of the LYON CRR (performers dancers composers) around the LWS and its development possibilities. At the end of these three days a public “All on stage”

Creation of Fortune Remedy written and performed by Aline Bieth

Show around the work Remedy of Fortune by Guillaume de Machaud

Writing of the next show of the dance company Leonore Leal:

First meeting around the LWS for the setting up of a show at the Espinho Music Academy in February 2020.

Working with students in percussion, dance and composition class

In addition to a creative residency (a percussion and electronic piece by Ed Campion that will be premiered at the Grame Biennale in March 2020) Jean Geoffroy will lead a workshop around the LWS followed by a lecture around the performer’s place in front of the news Technologies.

Workshops discovered around the LWS led by Jean Geoffroy, in front of an audience of student teachers, and directors of educational institutions.

The Renaissance Theatre of Oulins and the CNSMD in Lyon renew their partnership dedicated to the students of the 3rd cycle Artist Diploma and the genesis of musical theatre creations.

This partnership perfectly illustrates the AD curriculum that offers students wishing to practice a musical activity dedicated to live performance to benefit from the programming of a theatre.

As such, students will be able to understand all the problems of managing a professional structure, in artistic, economic, technical and human terms and appreciate the missions and the role of everyone including that of the public!

In a situation set in the future, the viewer enters the heart of a scenario, caught witnessing a confrontation between sounds, actions and images; interacting with one another. Who dominates who? Who controls what? Can objects created by humans develop a soul and a consciousness of their own? D
esigned by Carlos Puga, Human-datA takes an artistic look at one of the main issues of our time and invites the public to cross the barrier of a new dimension to discover the machine that each carries in itself.

Started in December 2018 with a first day of meetings, supervised by Jean Geoffroy, the students of the ESM in Dijon offer pieces with the LWS and the SHC (Embedded studies by Vincent Carinola)

Concert at the Why Note festival in Dijon at the Atheneum

Based on the book by Juan de Loxa Juegos Reunidos, the company Leonore leal stages the history of flamenco dance during the era of censorship during the Francist period.

Three days in the form of questions / teacher’s place? / place of the establishment? / places new technology in the transmission dynamics ?…

Followed by a “All on Stage”

At the end of the residency, a restitution will be proposed by the students on March 13, artistic proposals instruments – LWS.

Four days of residency, in the continuity of the Week Out of Limits and the festival La Nuit de l’Aubette (November 2018) the students of the Rhine High School of Arts propose at the end of this residency a restitution of their own pieces reread and Developed.

Human Data project by and with Caros Puga studying in the AD curriculum of the CNSMD in Lyon, artistic director Jean Geoffroy

In a theatre transformed into a machine, the spectator enters the interior, caught witnessing a confrontation made of sounds, images and percussion, one interacting on the other.

The Human-data performance offers the viewer a unique experience. Designed by Carlos Puga, it is inspired by the 9 Evenings: Theater and Engineering series and takes an artistic look at one of the major issues of our time.

During this residency supervised by Jean Geoffroy, Carlos Puga, surrounded by Jean-Basile Sosa (composer) and Tristan Curco (dance) will define the sign language and musical vocabulary of the beginning of the show in which the LWS holds a central place

Meetings and creations around the Light Wall System / Jean Geoffroy with percussion classes, and the dance dpt of the Conservatory in Regional Radiation of Toulouse as part of the perCU’OSE
festival Four days dedicated to experimentation and appropriation LWS, for a concert in St Pierre des Cuisines and in partnership with the CNSMD class in Lyon